Does an air purifier work against a virus?

More than ever, we are aware of viruses and the danger they can face to our health. While certain viruses seem almost too hard to fight, there are ways you can protect yourself. And that includes an air purifier.

Much smaller than an ant

An air purifier can help to make the air in a room free of pollen, bacteria, dust mites, bad smells, gasses. In short: cleaner and fresher. It achieves this by multiple layers of filters, including the HEPA 13 filter. This filter can catch particles as small as 0.3 microns, which is 0.0003 millimeter. To put this in perspective: these particles are so small, even the smallest ant is over 566 times larger than these particles. And yet, some virus particles are even smaller than that.

Specifically, the coronavirus can be as small as 0.05 micron, which is 3400 times smaller than the ant. This is the same as an average human compared to the Kilimanjaro, the tallest mountain in Africa.

Most bacteria and dust particles that are bigger than 0.3 micron would get stuck in the HEPA filter. They are simply too big to pass. An obvious assumption would be that the smaller virus particles would slip through the cracks. However, in reality this is not the case.

The reason why is based on a scientific phenomenon named the Brownian Motion, named after Scottish botanist Robert Brown. In short, it means that the tiny particles do not just float in the air in a straight line, they bounce into other particles like bumper cars. When these bumping virus particles bounce towards the HEPA filter, they get stuck in the fibers of the air purifier.

An interesting side effect of the air purifier, in relation to virus particles, is that it can remove aerosols from the air. These aerosols can come in different sizes, and mostly exist of gas or dust. Virus particles can latch onto these bigger particles and move through the air while infecting people at longer distances. By eliminating the aerosols from the air, the chance of spreading can also be further reduced.

While this works in theory, we really want to know if this scenario applies to the real world. Early data shows that the HEPA filter indeed is highly effective at catching small virus particles, based on the results of an experiment in the Addenbrooke’s Hospital in Cambridge, United Kingdom showed. The team in charge of this research installed air purifiers in two wards that were fully occupied by COVID-19 patients, both an intensive care unit and a general ward.

After collecting air samples for one week while the purifiers were turned on, two while they were turned off, the Addenbrooke’s Hospital team found vastly different results. In the IC unit, the researchers did not find many SARS-CoV-2 particles, with or without the air filters turned on. They credited this in part to the fact that COVID is slower to replicate in later stages of the infection.

One of many tools against COVID

The research conducted at this Cambridge hospital is very promising and shows how powerful an air purifier can be in the fight against corona and other viruses. A great option for this would be our Smart Air Purifier, which can also get rid of dust, pollen, bacteria and bad smells. You can automate the Smart Air Purifier with the Hombli app via Smart Scenarios, or manually control the Smart Air Purifier to set it to your perfect situation: coming home to a fresh and clean living room or going to sleep in a bedroom that is filled with healthy air. 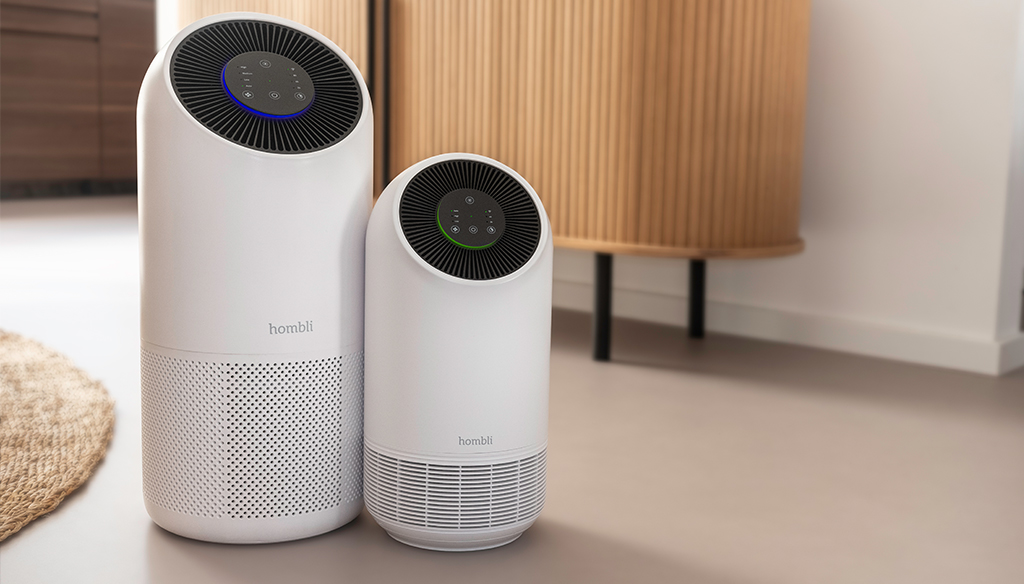 It is now clear, that an air purifier is one of the many tools that can be used do diminish the spread of COVID.  With that in mind, we still advise to adhere to the standard safety regulations.

For more tips about keeping the air you breath as clean as possible, read our article with 3 quick and easy tips for cleaner air at home, or any of our other blogs.